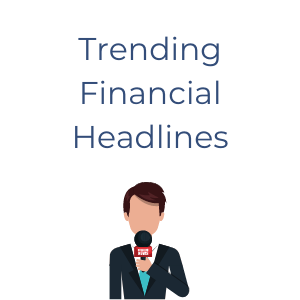 Should retirees own GameStop in their portfolio?

What’s going on with GameStop and other “meme stocks”?

The mix of social media, mobile trading apps, and free trading have revolutionized some aspects of the market. Should retirees consider adding GameStop or meme stocks to their portfolio? Here’s a brief overview of this emerging phenomenon.

Those are common headlines in posts on one of the most popular online investing forums right now. A website called Reddit allows people to post about various topics. Related topics are grouped to form a community (known as a subreddit). There are communities about almost anything, such as cooking, positive news, plumbing, running, legal advice, cats (because it’s the internet), and various areas of finance. A community known as “Wallstreetbets” (Wall Street Bets) has surged in popularity and is at the center of this story. It grew in membership from about 450,000 members in January of 2019 to over 1.3 million this year. It was initially known for people posting about very speculative and risky trades. Screenshots of large profits and losses are commonplace. 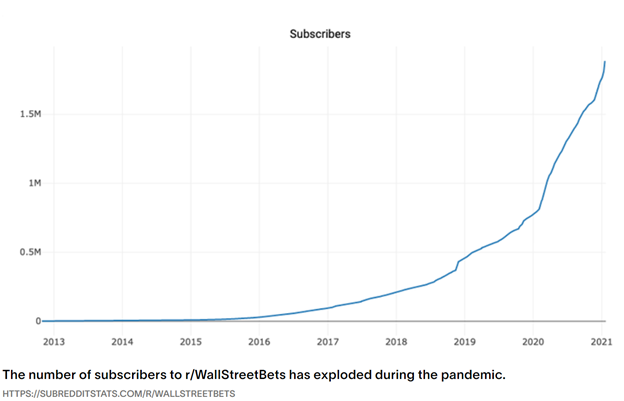 Here’s where GameStop (trading symbol GME) comes in. It is a physical brick and mortar store that primarily sells video games. While there are other “meme” stocks, this is the main stock grabbing headlines right now. There are some nuances to this, but we’ll focus on the big picture.

You could buy a share of GameStop for about $4 a year ago. Some people figured out that a hedge fund had bet against the stock using publicly available data. Betting against a company’s stock is called shorting. The bet against GameStop was substantial (over 140% of the available shares people could buy).

Some people on Wallstreetbets thought that the company had potential, the stock was undervalued, and the business could improve. They bet the stock would go up (bought shares of the stock and other trading instruments known as options) while the hedge fund betted the stock price would go down.

With the power of social media’s ability to spread information, more and more people found out about this situation. They began betting the stock would go up, causing the price per share to increase dramatically. In January this year, the stock went from about $17 a share up to $347 at one point. That’s a 1,941% increase in less than one month. As a reminder, an online savings account would pay about 0.004% in the same time frame. $100 invested in GameStop would have grown to $2,041 in a month!

When you bet against a stock and the price rises, you lose money. If it rises enough, the brokerage and investment firms that process trades require you to put more and more money in as security against your bet as your losses accumulate. Eventually, the investment firms require you to stop betting against the stock and pay up. This concept is called a “short squeeze,” and there are some technicalities to it, but that’s the big picture.

This story has been framed as a David (everyday investors) versus Goliath (Hedge Funds & “Wall Street”) and has taken the investing world by storm. As the price per share climbed dramatically, companies that allow individuals to trade stopped allowing people to buy GameStop stock. This is controversial as the large institutions were able to trade while the individual investors could not. The SEC, which regulates financial markets, has said it is watching the situation closely.

Many people acknowledge that GameStop is a “bubble,” and the stock will come tumbling down. There will be a point when someone is left holding the stock as it plummets back down to reality. In fact, as of today, the share price has dropped from a high of $347 to $90 a share. In the meantime, though, there have been some eye-popping profits made. One of the original people behind this trade invested $53,000 in options back in 2019, and it has grown to over $22.8 million. Not only are people investing hoping to make money, but some are doing so supposedly out of principal to force hedge funds to pay up. So far, the strategy seems to be achieving the desired goal. The hedge fund company that placed a large bet against GameStop was losing badly and received $2.75 BILLION from other hedge funds to help it avoid bankruptcy.1

There are some grey areas around this situation as well. It is illegal to buy a stock, then try to boost its popularity with false, misleading, or exaggerated statements to increase the price and then sell it to profit. That’s called a “pump-and-dump” scheme and is market manipulation. There are also accusations that some of the people commenting in the forum are fake accounts called “bots” and are posting misleading information. Others argue that hedge funds and “big money” have manipulated the market in various ways for decades. Only now that it is benefiting individual investors and hurting a hedge fund do people care or pay attention to it. As of right now, however, there is no evidence of fraud or insider trading.

This is a historical moment in the stock market. Never in history have we had such easy access to data, the ability for it to spread virally on social media, the ability to trade for free, and being able to do so with a couple of clicks on an app on your smartphone wherever you are in the world.

The government may try to add new regulations in place, brokerage firms that allow people to trade may create new policies and procedures, money managers and hedge funds will likely change how they trade, and many traders and investors will monitor this and other forums from now on.

While we do not recommend buying “meme” stocks as a prudent, long-term investment strategy, we will continue to keep an eye on the markets and this story as it unfolds. Hopefully, the eventual fall of these stocks does not trickle into other areas of the market.