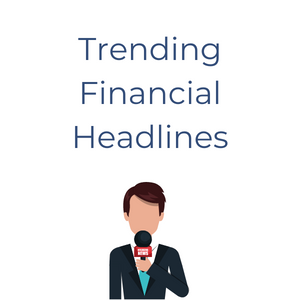 Last week, President Biden announced a three-part plan to make good on his campaign promise to help cancel some student debt for working and middle-class federal student loan borrowers in the wake of the pandemic.

If you or someone close to you carries student loan debt, you likely have lots of questions. Read on for some answers to frequently asked questions related to this new plan.

How do I know if I am eligible for debt cancellation and how much should I expect?

What do I need to do in order to receive loan forgiveness?

Nearly 8 million borrowers may be eligible to receive relief automatically because their income data is already available to the U.S. Department of Education. They are still encouraging everyone who is eligible for loan forgiveness to file an application, which is expected to be available in early October.1 If you would like to be notified when the application is open, you can subscribe to updates HERE.

What is the timeline for relief?

Following submission of an application, you should expect to see relief within 4-6 weeks. The Biden administration has extended the loan repayment pause through December 31st, 2022, so if you would like to receive it before the pause expires, you should apply before November 15th.1

How many borrowers could be relieved of student debt?

According to the Education Department, over 45 million people hold federal student loans. Approximately 14.6 million borrowers owe up to the $10,000 forgiveness cap, so assuming they meet the income requirements, nearly one third of borrowers could see their debts forgiven.2 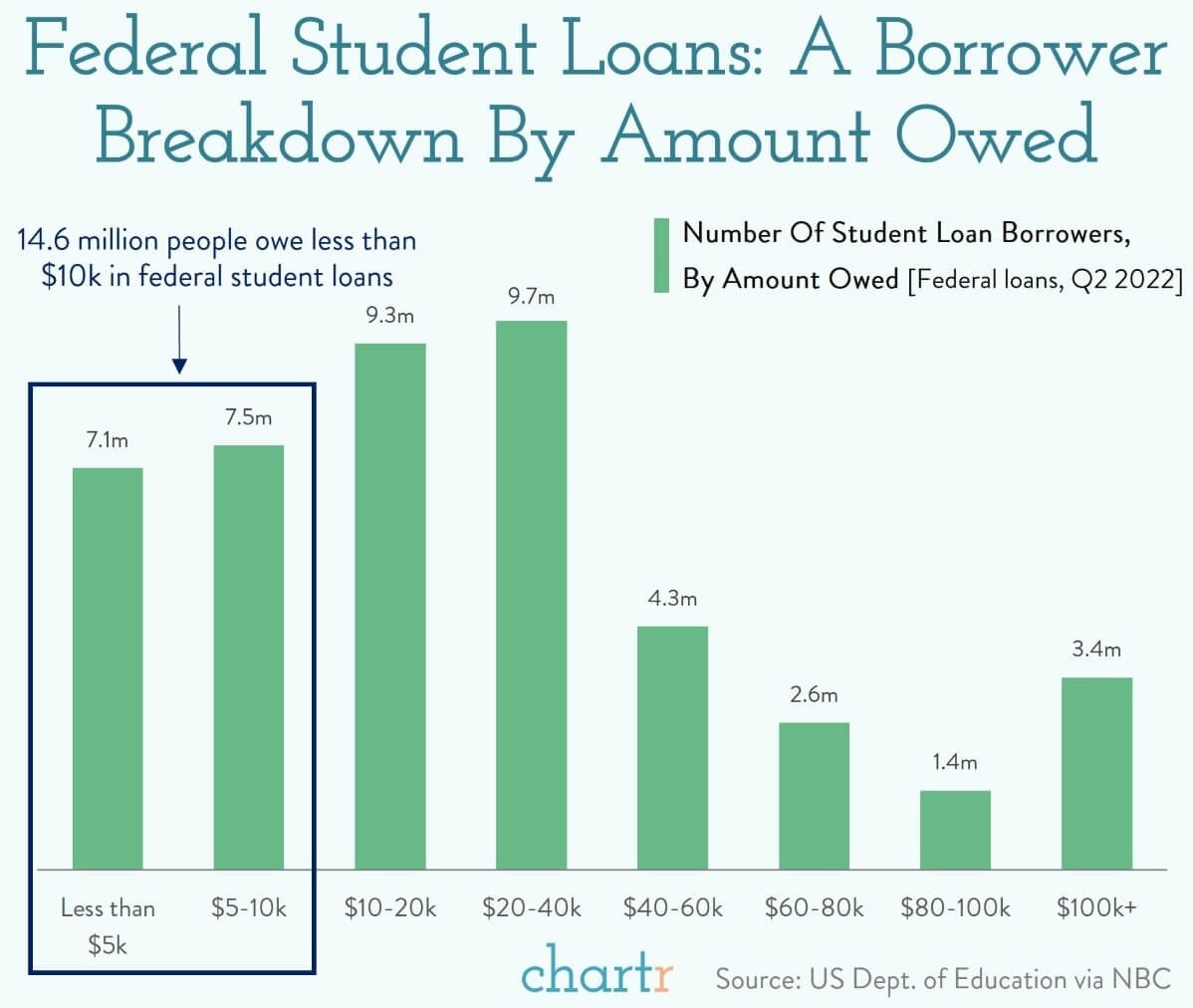 You've probably heard some news recently about the Inflation Reduction Act (IRA). This bill is a rebranded--and scaled-down-- version of the $3 Trillion Build Back Better Act proposed in 2021. In contrast, the IRA (this is admittedly a difficult acronym for us to adopt for obvious reasons) is a bill that includes $737 billion in provisions and is estimated to reduce the deficit by about $300 billion. It passed through both chambers of Congress on a pure party-line vote.

Read on for answers to the following questions:

What is in the bill?
How will it impact me?
Will it reduce inflation?

What is in the bill?

There are three primary objectives of the IRA:

The IRA essentially offers incentives in the form of tax credits for companies and individuals to adopt green energy. The hope is that by offering these tax credits, the government is encouraging broader adoption and technological innovation that will eventually drive costs down over time, making renewable energy more widely available.

It's important to note that there are also pieces of the bill that subsidize fossil fuels to help ease America's continued transition toward more renewable energy sources.

The bill's highlights from the consumer's perspective are the changes to Medicare (not private insurance) drug costs. Starting next year, insulin costs will be capped at $35 per month. And in 2025, Part D out-of-pocket maximums will be capped at $2,000 per year. These are both significant changes that will positively impact retirees.

Additionally, this bill corrects some of the flaws of the Medicare Modernization Act of 2003 by allowing Medicare to negotiate drug prices with pharmaceutical companies on some of the most expensive drugs starting in 2026.

It's a natural question of whether these changes will cause premiums to rise? We can't know yet, but anyone who has turned 65 knows that the world of Medicare is intensely competitive, so insurers are incentivized to keep premiums low to be as competitive as possible.

There are two primary ways the bill is planning to increase tax revenues. One is raising taxes on large corporations by implementing a 15% minimum tax on companies with $1 billion or more in profits and adding a 1% tax on stock buybacks.

Secondly, the bill significantly increases the budget for IRS tax enforcement. The idea is that additional enforcement of our current tax code will result in more taxes being collected. While not an increase in individual taxes, it will likely result in more tax revenue.

How will the IRA Impact You?

There are two ways the bill might benefit you. For one, the noted decreases in prescription drug costs and caps on Part D expenditures are significant.

Secondly, you may take advantage of some of the tax credits available for electric vehicles or energy-efficient home improvements.

As for how it may "negatively" impact you, it appears that we are all more likely to be audited thanks to the increase in IRS tax enforcement.

Will the IRA Reduce Inflation?

Maybe, or maybe not.

Drug costs should come down, but it remains to be seen whether premiums will rise to offset the savings there.

On the energy front, from a purely economic perspective, when spending is encouraged (which tax subsidies do), prices typically rise. But over time, technological innovation tends to push prices down.

That said, while the "Inflation Reduction Act" is a clever name, many sources seem to agree that this bill's impact on inflation will be negligible. Time will tell.